Maps of God is a platform for the research and presentation of kabbalistic trees Ilanot. Ilanot were unstudied in the first century of Jewish mysticism research. Despite having been created by kabbalists around the Jewish world for over 600 years and being regarded as a distinct genre of mystical expression, ilanot did not merit even a mention in the Encyclopaedia Judaica.

The University of Haifa Ilanot Project, founded and led by Prof. J. H. Chajes, is the first academic project dedicated to the study of visual Kabbalah. Numerous publications in leading journals, invited lectures around the world, the development of a database of over 700 artifacts, and the assembly of a vast collection of images are among the accomplishments of the project to date.

The digital editions of the Ilanot involve a range of tools that allow us to encode each Ilan using XML and an image annotator tool (VIA). The relationships between portions and concepts of each Ilan are defined using a digital ontology, which comprises of a defined set of classes, object and data properties and individuals. The ontology allows the dynamic visualisation of the Ilanot and truly embodies the potential of digital editions. 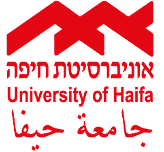